Building standards, leadership and character in all that we do. 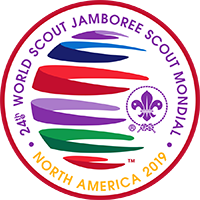 Building standards, leadership, character and a network to support them is our challenge at Imberhorne School for the next generation of young people in East Grinstead.


I always say that there SHOULD be no difference between the best state schools and private schools.  After all the government spends over £113bn on state education in the UK (Fact check) I also think that any young person in a state school will find their way and get what they need out of it through hard slog and effort.  That said they don’t always realise the benefit of what they do on their way.


All schools should be looking for any opportunity to develop the real skills and characteristics that young people need for life.  Their ability to maintain standards, develop their leadership skills as well as develop their personal character is what will see them succeed and live a fulfilled life in whatever they choose to do.  Private schools do this very well.  They even offer discounted places to young people that have these skills and abilities already so that they can infect the others.  State schools need to catch up.  The other difference is the network.  Private schools instil in their young people the need to develop it from the start and use it for their entire life.  Most state school students don’t understand that they have one never mind use it.  That’s a very different life for them and contributes greatly to the distribution of wealth within our society.  Shockingly after the average life time in the UK the average net worth of the poorest in society amounts to £7000 and the net worth of the average wealthiest £700,000.

That said one young woman from Imberhorne School is developing all the important skills both in school and outside of it.  You might remember her name.  Niamh Doyle.  Last year with her sister Ruby they launched Kitter Natters under the Peter Jones Tycoon in School Foundation.  Since then she been selected to attend the 2019 Jamboree in the USA.  A once in a lifetime to network and develop all the skills outlined above but it costs £2,700 to go so she put her thinking cap on and spent the summer raising the money.  Her last event was at the Ghurka Restaurant last Monday evening.  Over 40 people attended including the town Mayor and she raised a further £620 from it.

Niamh Doyle is going to the USA.  She didn’t just raise the money for her trip she had some left.  Not enough to pay for someone else to go to the Jamboree but enough to pay for the entire uniform for someone less fortunate to join the scouting movement as well as their subscription for their first full year.


You don’t always get to see ‘joined up thinking’ in action in this busy world but isn’t it great when our youth show us the way.  Working in partnership, creating opportunities between businesses in the community and our schools and doing something about the cost of stuff we want to do rather than making excuses not to do it!  Our young people are the future and we all have a role in their development.  As they say it takes a whole village to develop a child, but we need to encourage them to find their passion and support that development by signposting them to whatever initiative will help them on their way.  Now is the time to focus on what’s important.  The next revolution is on its way!

Email ThisBlogThis!Share to TwitterShare to FacebookShare to Pinterest
Labels: 'the undercover teacher', Enterprise in Action, Gatsby